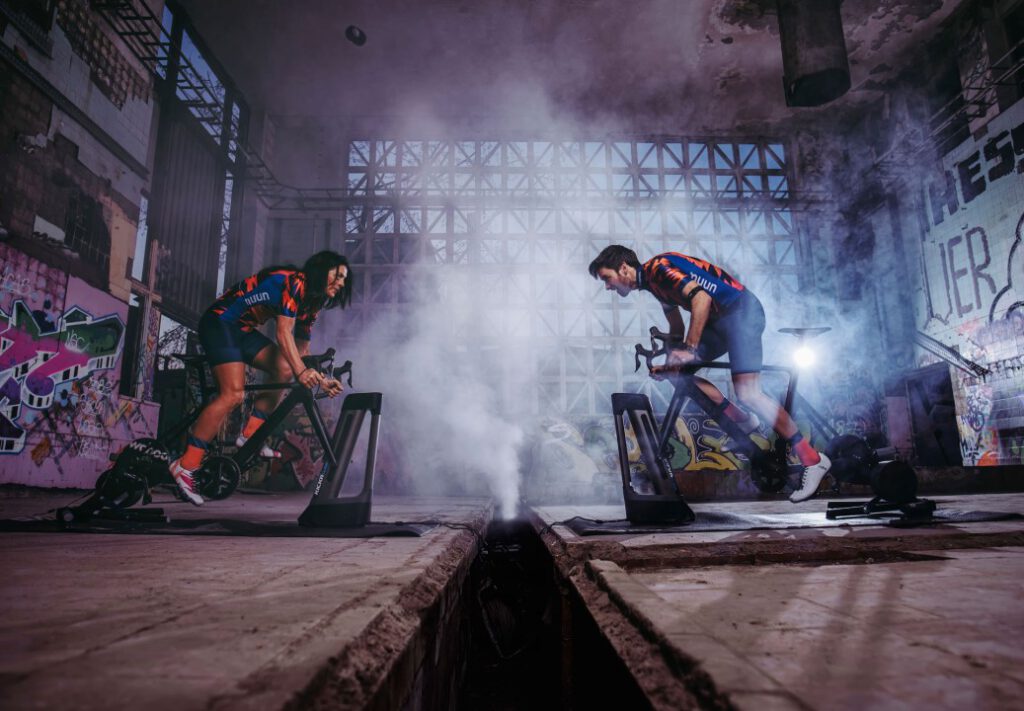 E-sports are on the rise! As a result of the Covid-19 measures, E-sports are now booming and so it was in the past spring. The UCI (Union Cycliste Inernationale) has announced the dates of the first UCI World Championship E-sports on December 8th and 9th, 2020 at Zwift. The KNWU (Royal Dutch Cycling Union) has been organizing an NK at Zwift for several years; and so has the British Cycling Federation: British Cycling. Zwift itself has introduced Zwift Academy for a number of years: the best in this event (men and women) will be offered a pro contract.

The KNHS (Royal Dutch Equestrian Association) introduced this spring the following website www.paardrijden.nl as a trial, where up to class M2 dressage online trials could be submitted and assessed. The rider, amazon in question, could also score points.

I am often told, during real life cycling tours, that E-sports would be easy kilometers… with which I disagree!

The first British champion Zwift has taken his victory a few months after the event and has been suspended by the ‘British Cycling’ federation for a period of 6 months (also from real life competitions). What did happen? Cam Jeffers had unfairly acquired the fast Tron Bike (fast mainly due to the design and the virtual weight) in Zwift. For this reason, one has to make 50,000 altimeters in Zwift, quite a lot – I’ve been working on it for 1.5 years myself. But Cameron had put on a bot that made these altimeters for him, so he had this bike. With this bike he took part in the championship. No direct fraud: participating with the Tron Bike was allowed and it is not even the fastest bike in Zwift. Couldn’t he have won without this bike too? The suspension was based on general rules in the existing regulations: unsportsmanlike and unethical behavior. So there is enforcement; which is a good signal.

British Cycling has now drawn up E-sports regulations and so has the UCI, in which this type of fraud is explicitly regulated. The KNWU did not do the same yet, according to their website. Perhaps, it is a good idea for the KNWU to tackle this quickly in order to prevent unjustified match victories afterwards.

The rules of the KNHS regarding taking tests digitally are very basic; perhaps for a solid future of this initiative, regulations should also be drawn up?

After all, E-sports seem to be the future.