What first comes to mind when one thinks of doping cases in Equestrian Sports?

One might think of cases where horses are administered certain substances to enhance their abilities during competition – to run faster, to jump higher, to recover faster, to increase endurance, to feel less pain or in general to give just that little bit extra. Perhaps one has heard of cases in which horses were treated with prohibited substances in order to disguise their lameness or other physical conditions so that they can compete. Unfortunately, such doping practices or allegations thereof are not uncommon. Moreover, in the so-called controlled medication cases where a medical treatment with a certain substance is allowed by the Fédération Équestre Internationale (the ‘FEI’) outside of competition, the medication itself (and even the withdrawal time itself) can also lead to a positive doping /controlled medication violation in competition. There are dozens of examples to illustrate this.

Combating Equine doping – as the doping of horses in equestrian sports is called – is therefore one of the main focuses within the (International) Equestrian Federations. For example, the umbrella sports federation of equestrian sports – the FEI – has a zero-tolerance policy towards Equine Doping and handles many doping cases a year internally. These cases are brought before the FEI Tribunal, the FEI’s dispute resolution body. During the period of 2020-2021 the FEI Tribunal ruled on around forty cases of about twenty-five involved Equine Doping.

But, having said that … what about the other athlete in Equestrian Sport, the human athlete: the Rider? Well, although you would not think of it at first, Human Doping also occurs in Equestrian Sports. Increasing numbers of doping controls on human athletes are taking place around the main equestrian events. Think for instance of the Olympic Games,  the European Championships  and Asian or Pan American Games. And those who are caught, can face strict consequences.

Just a couple of days ago, it was reported by the Royal Dutch Equestrian Federation (the ‘KNHS’) that Dutch equestrian, Bart Bles, was caught for using a banned substance. The Silver-medalist of the Dutch National Competition, tested positive in April 2022 for a (so far) unknown banned substance. As a result, the equestrian has been suspended with immediate effect. Moreover, he has been ordered to hand in his silver-medal. In a public release Bart Bles stated that, very much to his regret, “he had got carried away on a night out”. He acknowledged that he thought of his actions as “incredibly stupid” and “that it should never have happened”. How long his suspension will last is yet to be decided in a disciplinary procedure.

So, what rules apply for human doping in equestrian sport at an international level? As part of the FEI Rules & Regulations, all riders must adhere to the FEI Anti-Doping Rules for Human Athletes (the ‘Anti-Doping Rules’). In turn, the FEI’s Anti-Doping Rules are adopted and implemented in accordance with the well-known World Anti-Doping Code (the ‘WADA Code’) The WADA Code is the core document which governs all anti-doping rules, regulations and policies within (international) sports organizations. The WADA aims to harmonize the anti-doping policies of public sport-authorities amongst the world. At the moment, around 700 sports organizations have accepted and committed themselves to enforce the WADA Code. According to the WADA the FEI is responsible for conducting all aspects of Doping Control within Equestrian Sport.

The Anti-Doping Rules are sports rules; therefore, they are of a distinct nature than criminal or civil laws. According to the Anti-Doping Rules ‘its rules are not intended to be subject to or limited by any national requirements and legal standards applicable to criminal or civil proceedings, although they are intended to be applied in a manner which respects the principles of proportionality and human rights’. How the WADA Code differs from various national criminal of civil proceedings can can be illustrated by the example of cocaine. For this purpose, let us compare the WADA Code and the Dutch Criminal Law regulations.

In the Netherlands the Police would have to prove – in order to charge driving under the influence of cocaine – that the sample taken by the Police from the driver contains at least 300 ng/mL, whereas according to WADA for Cocaine an In-Competition use of Cocaine requires the following presence of the parent compound of cocaine in an estimated concentration in urine of more than (>) 10 ng/mL; or presence of benzoylecgonine (main metabolite of cocaine) in a urine concentration above (>) 1000 ng/mL in combination with the presence of the cocaine parent compound between (≥) 1 ng/mL and (≤) 10 ng/mL

This example clearly demonstrates that athletes should be aware that the WADA Code is much stricter than national legislation in many respects. Even a brief contact with a residue of a prohibited substance may be sufficient to trigger a positive doping test. It is therefore advisable to limit any exposure to such risks around major sportive events. Of course, this means living like a monk for a while, but it is better to be safe than sorry.

However, if you are familiar with the saying ‘innocent until proven guilty’, you may be surprised to learn that this does not apply to the accused in the case of a doping allegation.  Under the Anti-Doping Rules, it is the responsibility of the doping suspect to prove how the drug entered into the body and that he did not commit any fault or negligence that could have caused it. This is a high threshold of evidence.

The FEI only has the burden to prove that the violation has occurred. To do so, the FEI must reach a standard of proof which is greater than a mere balance of probability but much less than proof beyond a reasonable doubt. Subsequently, Article 2.1.2. Anti-Doping Rules states that sufficient proof of a doping-violation is established by the mere presence of a prohibited substance in the Athletes A-sample (one of the two blood-samples – A and B – collected during the doping-test). It is therefore advisable for those accused of a doping violation to always- if possible – submit a request for the analysis of the B-sample.

For any Person allegedly accused of a doping-violation the FEI must provide within reasonable time a fair hearing before a fair, impartial and independent panel – which the FEI considers its FEI Tribunal to be. In some cases, the FEI will try to reach a settlement, which often will consist of the prompt admission of the alleged violation in return for a reduction of the sanction. Otherwise, the FEI Tribunal will hear the parties concerned and rule on the matter. Possible sanctions may include periods of ineligibility of varying duration and/or fines. For those interested, the FEI Tribunal’s decisions are published on the FEI website.

As can be seen from the above, the Equestrian Sport takes anti-doping policy very seriously.

While the anti-doping policy towards Equine Doping is mainly driven by the point of view of Horse Welfare, one should not forget that this sport consists of the interaction of two athletes: human and horse. Human Athletes must therefore also be aware that they themselves may also suffer serious consequences if it is not their horses but themselves who are accused of taking prohibited substances.

Our lawyers have acted for various prominent equestrians, in proceedings before the Court of Arbitration for Sport, the FEI and national equestrian federations around the world. If you have any queries about human- or equine doping cases, feel free to contact our team at info@schelstraete.nl or via the phone: +31 13 511 44 20. 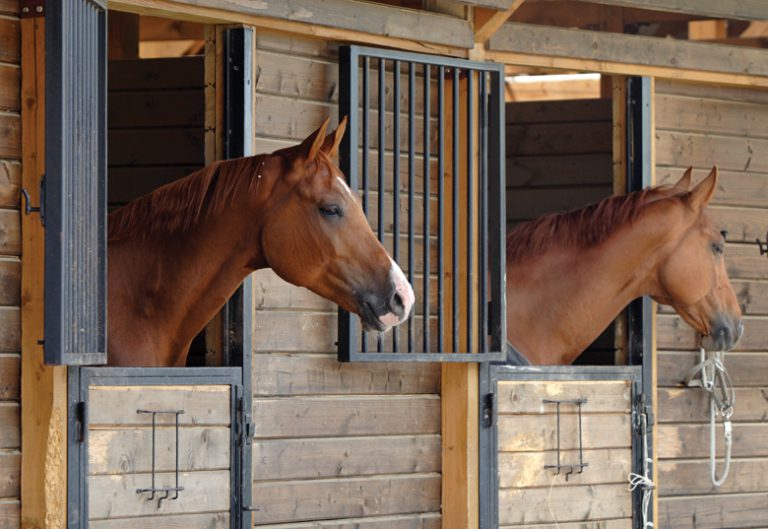 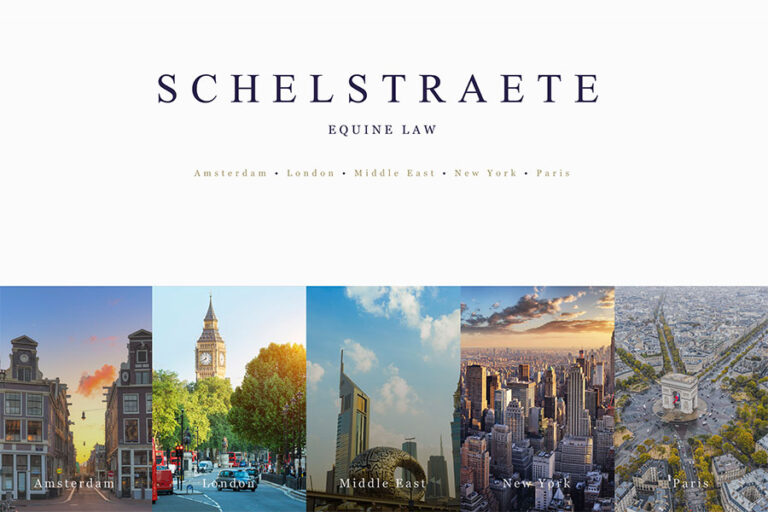