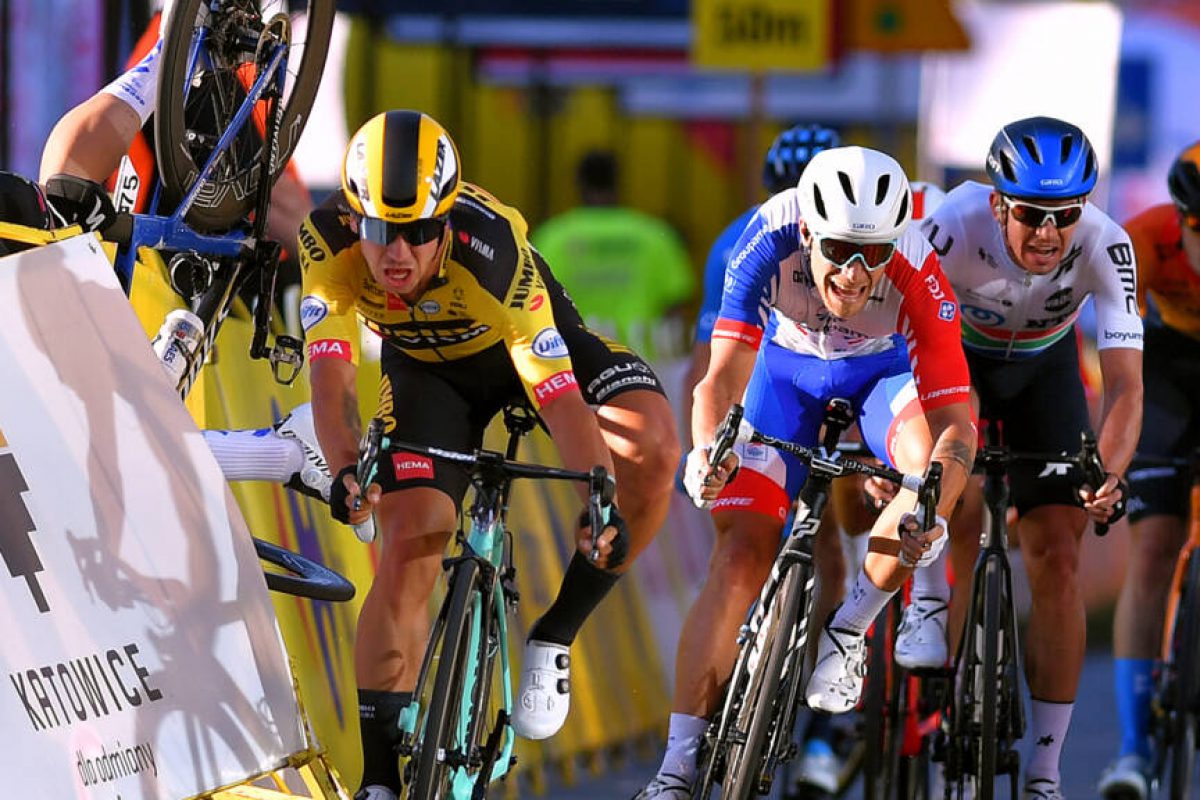 Team Jumbo Visma cyclist Dylan Groenewegen has been suspended for nine months by the UCI (comparable to the FEI for equestrian sports and the UEFA for football) following the incident in the Tour of Poland last August. Cycling fans probably still remember that moment exactly: in the final sprint, Dylan Groenwegen deviated too much from his line, causing Fabio Jakobsen to crash into the fences, resulting in severe injuries: Jakobsen was in coma for two days. Other riders, including Groenewegen himself, also crashed. Nine months suspension is the most severe penalty imposed by the UCI for such an incident, so one can ask, on which grounds is it based?

In part 12 of the UCI regulations, a table could be found containing the sanction(s) for deviating from the line in the sprint in the event. A first violation is normally sanctioned with (article 8.1.2.):

Why did Groenewegen receive such a high penalty for the first violation? Article 12.4.007 of the UCI regulations stipulates that any person who exposes another person to an immediate risk of death or injury through an intentional act or behaviour contrary to the regulations regarding safety and care, will receive a disciplinary sanction. This sanction can consist of suspension.

Groenewegen’s action was serious and the consequences were even more serious. Although he obviously had no intention of endangering his fellow cyclists, he actually did by his actions. Before deviating too much from the line, he should have thought about it (a kind of conditional intent in criminal law: knowingly accepting the chance that an action will injure someone). A remarkable detail in this case is that many experts say that the gates that were placed before the finish caused a great danger: these gates have probably been approved by the UCI.

Fortunately, Fabio Jakobsen is doing well: full recovery is to be expected. Fabio Jakobsen’s sports/team director, Patrick Lefevre, announced that the financial damage should be compensated by Groenewegen. The decision of the UCI will undoubtedly be taken into account by the judge in a civil case.

This legal consideration is not based on the UCI decision itself: the UCI has only issued a press release, the decision itself has not been published.

Autor: Amanda Brouwers. Questions about Sports Law?  Please contact one of our lawyers.